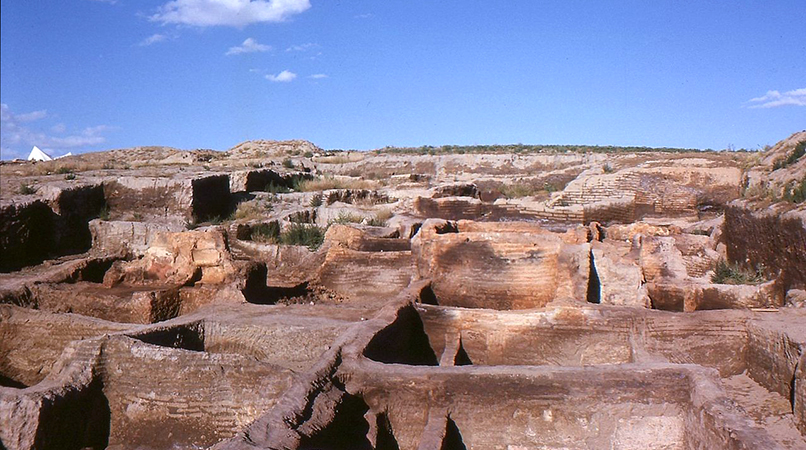 Posted at 17:35h in Prehistoric by artadmin 0 Comments
0 Likes

Çatalhöyük or Çatal Höyük (pronounced “cha-tal hay OOK”) is not the oldest site of the Neolithic era or the largest, but it is extremely important to the beginning of art.  Located near the modern city of Konya in south central Turkey, it was inhabited 9000 years ago by up to 8000 people who lived together in a large town. Çatalhöyük, across its history, witnesses the transition from exclusively hunting and gathering subsistence to increasing skill in plant and animal domestication. We might see Çatalhöyük as a site whose history is about one of man’s most important transformations: from nomad to settler.  It is also a site at which we see art, both painting and sculpture, appear to play a newly important role in the lives of settled people.