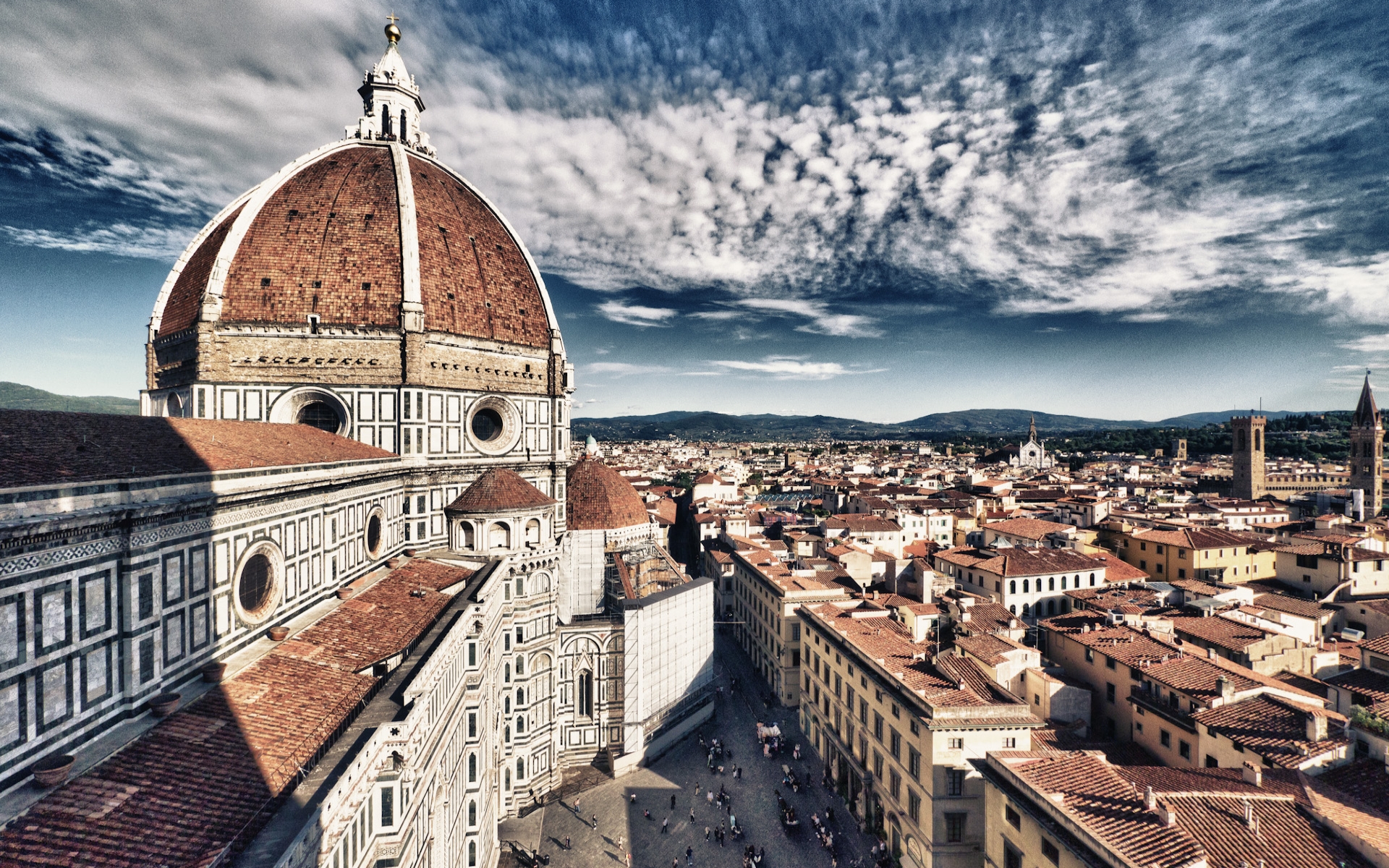 The engineering of Brunelleschi’s dome, the naturalism

The engineering of Brunelleschi’s dome, the naturalism of Donatello’s David, and the humanism of Botticelli’s Birth of Venus each help define the Early Renaissance in Italy 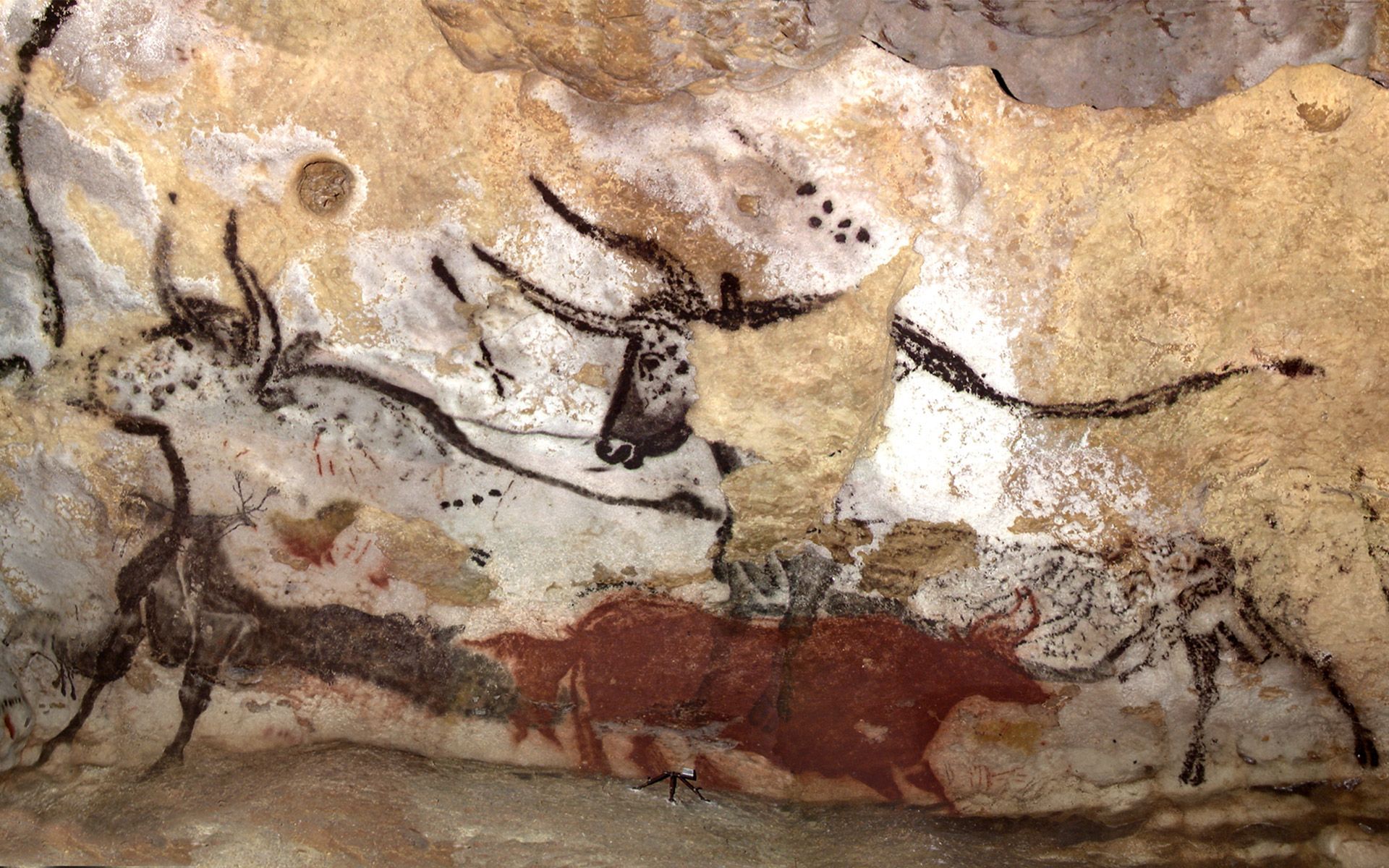 Humans make art. We do this for many reasons and with whatever technologies are available to us

Long before the oldest written languages were developed, people had become expert at creating forms that were both practical and beautifu 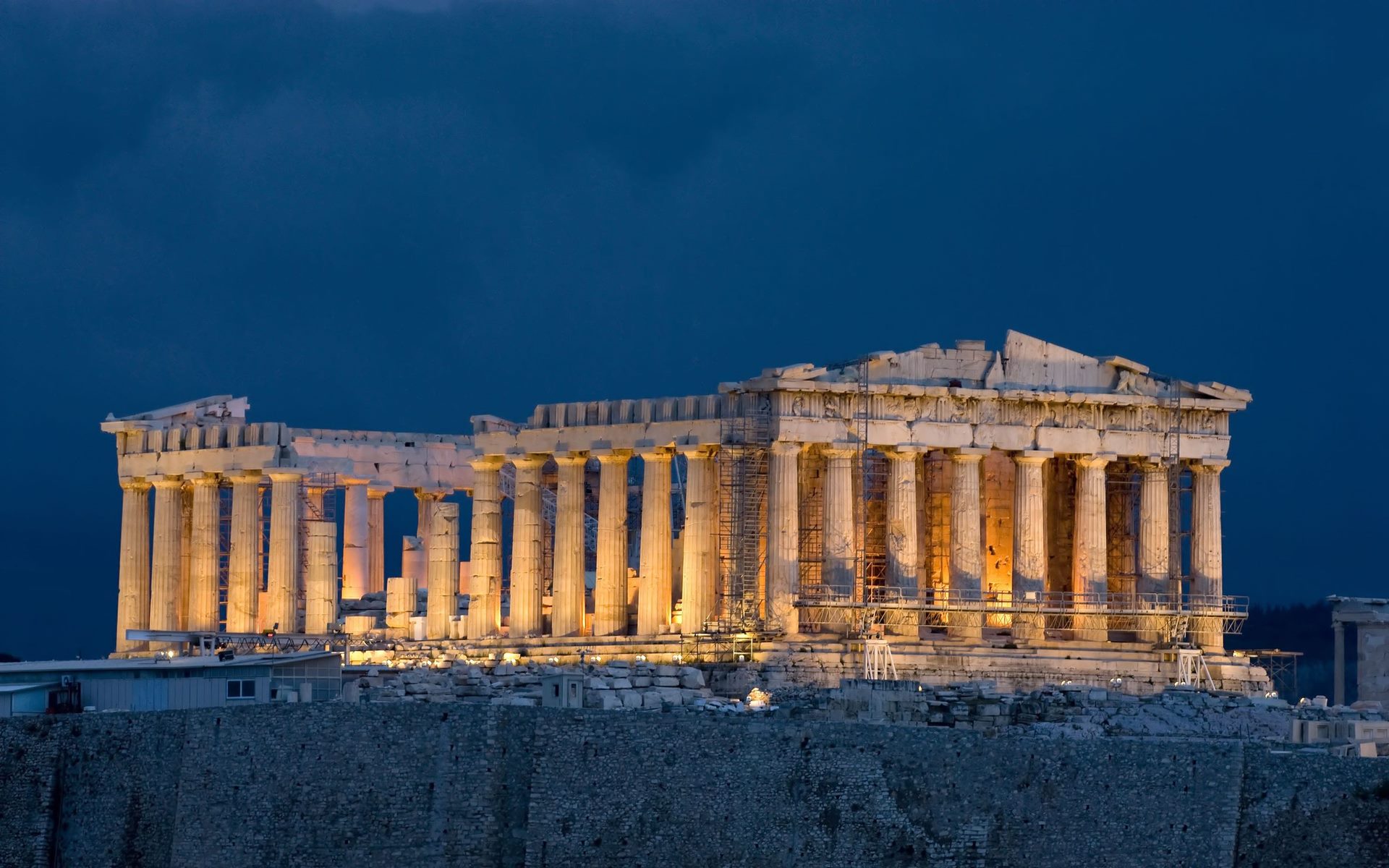 Persecutions of Christians ended in Rome with Emperor Constantine. 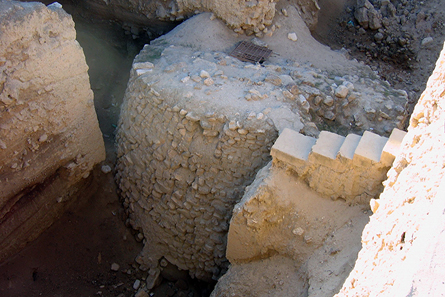 The site of Jericho, just north of the Dead Sea and due west of the Jordan River, is one of the oldest continuously lived-in cities in the world. The reason for this may be found in its Arabic name, Ārīḥā, which means fragrant; Jericho is a natural oasis in the desert where countless fresh water springs can be found. This resource, which drew its first visitors between 10,000 and 9000 B.C.E., still has descendants that live there today.

The opulent interior of the Constantinian basilicas would have created an effective space for increasingly elaborate rituals. Influenced by the splendor of the rituals associated with the emperor, the liturgy placed emphasis on the dramatic entrances and the stages of the rituals. For example, the introit or entrance of the priest into the church was influenced by the adventus or arrival of the emperor. 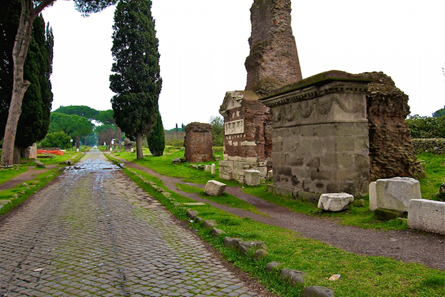 In the Fifteenth Century, pilgrims flocked to the Basilica of Sant’Andrea to venerate the most famous relic in the city of Mantua, drops of Christ’s blood collected at the crucifixion (or so the faithful believed). In fact, the church Sant’Andrea was erected to accommodate the huge crowds that arrived on holy days and who, in turn, helped fund its construction. Today, art historians admire Sant’Andrea’s Early Renaissance design for elegantly bringing the grandeur of ancient architecture into a Christian context.

Giambologna, Abduction of a Sabine Woman

Giambologna’s Abduction of a Sabine Woman is one of the most recognized works of sixteenth-century Italian art by one of the least well-known artists of the period. And while Giambologna may not be a household name like Michelangelo, his influence on late sixteenth- and early seventeenth- century European art was extensive and long lasting. The Abduction of a Sabine Woman is located in a spot few tourists miss—the Loggia dei Lanzi, just outside of the Palazzo Vecchio, in Florence.
The story of how Giambologna came to create the Sabinesculpture is almost as interesting as the historical tale it represents.

A soberly dressed woman sits in a darkened room, working diligently on her sewing. The only light comes from a lamp on the table, filling the room with deep, ominous shadow. An older man in a fur hat touches her shoulder with one hand and with the other presents a fistful of coins. The sparsely lit and furnished room and the man’s leering countenance generate a sense of unease; the suspended moment leaves the viewer uncomfortable with what has happened—or what is about to transpire. But who are these people? What will the woman choose: to do her work and ignore the man, or to put down her sewing to take the money? Virtue or vice?

Judith Leyster’s painting, called Man Offering Money to a Woman by the Mauritshuis Museum but often referred to as The Proposition, is an enigmatic painting with an ambiguous subject. Painted by one of the few well-known female artists working in the Dutch Republic, its subject matter is unusual in Dutch art, though it has strong ties to several visual and symbolic traditions. Its diminutive size—a mere 30.8 by 24.2 centimeters—invites the viewer to examine it carefully and intimately. 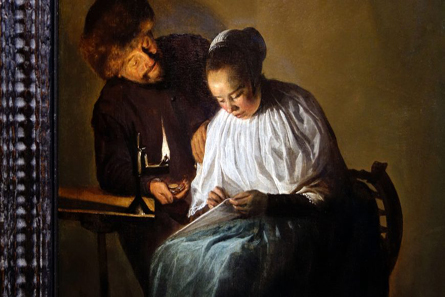